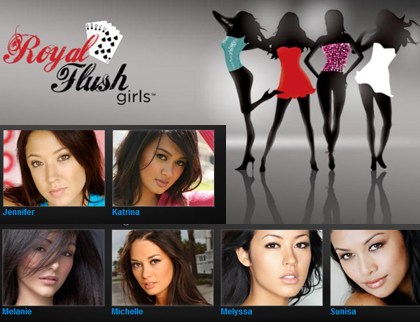 At a press conference earlier today at the Bellagio Hotel and Casino, site of the WPT Bellagio Cup VI, World Poker Tour(R) CEO Steve Heller and WPT President Adam Pliska announced a series of new elements and innovations to Season IX of the World Poker Tour (WPT) and hinted that more additions are on the way.

"This is an exciting year for WPT," said Heller. "WPT has always been an innovator of poker and today we are pleased to reveal the first in a series of new additions throughout the season that will enhance the entire WPT experience."

Three changes at WPT were highlighted at this event:

New On Air Enhancements
This season WPT will introduce a television anchor position reminiscent of other large sporting events and unlike any other poker television programs. Kimberly Lansing, a familiar face to the WPT and a favorite of the poker community, will return to the WPT in this new position. In this role, Kimberly will serve as the central hub of the action. She will provide show opens, breaks, commentary and perspective, including player interviews that will serve to bring out the human interest side of playing for high stakes. As a poker player and successful television hostess, Kimberly will capture the action throughout the event and provide a dynamic balance with the "on the field" commentary of Mike Sexton and Vince Van Patten.

"We believe the WPT anchor represents a significant step forward in poker programming and Kimberly is a natural fit for the position. Her charisma, style, professionalism and knowledge of the sport have earned her the respect and attention of players throughout the poker community," said Pliska.

The WPT also announced that in addition to being at every final table, commentators Mike Sexton and Vince Van Patten will now attend Day 1 of every U.S.-based WPT event. This big change will allow the legendary pairing to interact with fans, increase on-site promotional opportunities and offer more coverage and analysis of each tournament from the first flop to the last river card hits the table.

Executive Tour Director
Saturday marked the formal introduction of Matt Savage as WPT's Executive Tour Director. A longtime poker veteran and one of the world's most renowned poker voices, Matt was the inaugural recipient of the Benny Binion Award for outstanding service in the poker industry and is respected throughout the poker community. Since word first got out of Matt's appointment, WPT has been inundated with positive feedback.

In the new role, Matt will serve as the liaison between casino tournament directors and WPT, advocating on behalf of players and working to ensure that the needs of WPT's casino partners are met as a part of the WPT's continued growth.

"There are so many exciting changes at the World Poker Tour and I'm looking forward to having a big role in the WPT's continued success," said Savage. "This is an amazing team and I'm proud to be working with them."

The Royal Flush Girls
The announcement of WPT's Royal Flush Girls captured a tremendous amount of attention on Saturday. Part television celebrities and part WPT event ambassadors, the WPT Royal Flush Girls will be on-site for the duration of every tournament. Appearing in every episode of the new season, they will take TV viewers behind the scenes and promise to make for an even more impressive money presentation. The models are not only beautiful; they are diverse personalities that viewers and players will come to know throughout the season.

"Each Royal Flush Girl is American with blended ethnic origins of both Europe and Asia. They represent not only our increasingly integrated world, but the global spirit of the World Poker Tour," said Heller.

"The Royal Flush girls are sexy, fun and approachable," said Pliska. "They are a new brand of poker celebrity that fans will come to know from TV and the web, and thoroughly enjoy interacting with at each of the WPT events."

Four of the six Royal Flush Girls will appear at each WPT stop (in alphabetical order):

Melyssa Grace:
• She is the one Royal Flush Girl you most want in the driver's seat - she builds and races Formula Drift cars • The San Diego resident grew up in Hawaii • Speaks fluent Spanish

Jennifer Haley:
• Triple-majored at the University of California-Irvine in Criminology, Biology and Dance • Launched a comedic theatre company Hollywood, CA • Has been dancing since she was 8

Melanie Iglesias:
• Edgy New Yorker, definitely the Royal Flush girl with most attitude • Singer/songwriter currently working on her debut album • One of eight kids, she longs to have a large family • Rides dirtbikes and is a passionate NBA fan

Katrina Topacio:
• Was handpicked by genetics to be a model - by the age of 12, she was already 5'9" • A graduate of UC-Irvine, she has a degree in Business Economics. • Volunteers for "Reading to Kids" program for inner-city youth in Los Angeles.

World Poker Tour
World Poker Tour (WPT) is one of the most recognized names in internationally televised gaming and entertainment with brand presence in land-based poker tournaments, television, online and mobile. Leading innovation in the sport of poker since 2002, WPT ignited the global poker boom with the creation of a unique television show based on a series of high stakes poker tournaments. WPT has aired globally in over 150 countries, currently airs in the United Sates on Fox Sports Net (FSN) and is preparing for its all-new ninth season. WPT also offers a unique online subscription and sweepstakes-based poker club, ClubWPT.com, which operates in 38 states across the U.S. WPT also participates in strategic brand license, partnership and sponsorship opportunities. WPT is a subsidiary of PartyGaming Plc. For more information, see visit www.worldpokertour.com