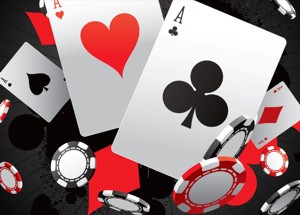 We present the latest online poker promotions at Titan Poker and their iPoker netwrked sites. Players can win great land-based tournament packages and big cash prizes in varius tournaments for every bankroll.

MTT Leaderboard
The promotion has started on Tuesday, February 1st at 00:00 and will run for 4 full calendar months, until May 31st. The promotion will rank all players who participate in any of the netwrok's schedule tournaments (Satellites and private tournaments are excluded). The leaderboards will award players with points, for every player, the best 20 results for each month will be counted towards the leaderboard points for that month. The final leaderboard will award the top 20 players with WSOP Executive Experience packages.
Total promotion cost- $150,000
$12,500 per monthly leaderboard.
$100,000 for the final leaderboard.

Overall Final Leaderboard and Prizes:
After a 4 months period, the top 20 players on the final ranking board will win a WSOP Executive Experience package with a total value of $5,000 for each package. The package includes:
1. Buy-in to one of the WSOP side events: estimated at $1,000.
2. Accommodation for the period of the event: estimated at $650.
3. Executive perks package: estimated at $2,000, which includes
1) Excursion.
2) Dinner for two at the Exclusive SW steakhouse at the Wynn.
3) Two top notch tickets to a Cirque Du Soleil show.
4) Limo pick-up to and from the Las Vegas airport.
4. Cash for flights and spending: estimated at $1,300.
5. Handling fees: estimated at $30.

On the Event: The Irish Poker Open is the longest running No Limit Texas Hold'em poker tournament in Europe and second longest in the world after the World Series of Poker and is traditionally held over Easter weekend each year in Dublin, a city renowned for a welcoming and friendly atmosphere. The venue is The Burlington Hotel, which is in the centre of Dublin and within walking distance of an extensive range of pubs, nightclubs and all sorts of other entertainment options for the weekend. The 2008 Irish Open Main Event was won by English poker pro Neil Channing, who took home the winner's purse of €801,400 after defeating local favorite Donal Norton heads up. More recently the 2009 Irish Open Main Event was won by Swedish professional Christer Johansson, who won a €600,000 first prize. He beat British-Canadian Kara-Scott and Canadian professional Andrew Pantling after an epic final table duel. Last year in 2010, James Mitchell defeated Ireland's Paul Carr in a lengthy heads up battle to take the title and over €600,000.

Baltic Hold'em Series-Choose Your Package, 2011
Take part in the super satellite promotion to the Baltic Hold'em Series, 2011. The series will include 3 events which will be held in Riga (February 7th-12th), Tallinn (February 21st-26th) and Vilnius (March 7th-12th). The qualifying players are able to choose in which event they wish to participate. Players can win up to 3 packages each for a different event of the series. Total Package Value - €1,000.