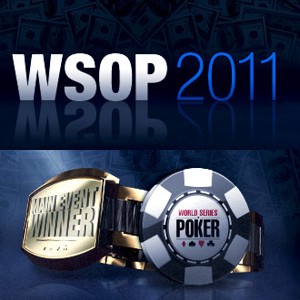 7. Phil Ivey Boosts His Tournament Earnings To Over $13 Million By Winning 8th WSOP Bracelet In HORSE Event (22/06/2010)  Well-known poker pro and Team Full Tilt member Phil Ivey has once again made poker history by winning Event #37 at the 2010 World Series of Poker* in Vegas. Ivey takes home his eighth WSOP* Gold bracelet and a payday of more than..

8. Team Full Tilt Pro Bansi Earns His 2nd WSOP Bracelet And More Than $500K In Prize Money (04/06/2010)  Full Tilt Poker pro Praz Bansi has just won Event #5 at the 2010 World Series of Poker* in Vegas, collecting his second WSOP Gold bracelet and over $500,000 in cash as the first prize. One of England's top professional players..

12. Full Tilt Poker Pro Phil Ivey Takes Top Spot On The All-Time Money List With His $12.8M Tournament Winnings (28/01/2010)  Phil Ivey, the world's best poker player, has moved into first position on poker's All-Time Money List, which is based on tournament winnings in live poker events. Ivey banked $600,000 for his second-place finish at the 2010 Aussie..

16. WSOP 2008 Satellites And FTOPS VIII Tournaments At Full Tilt Poker - Get $10 Million Extra To Your WSOP First Prize! (21/04/2008)  The World Series of Poker* is the world's largest and best-known poker tournament, so online poker players now have new ways to qualify for their Main Event seat due to Full Tilt Poker's tournaments. The WSOP is the biggest drawing..

23. Hendon Mob Shootout And European Series Qualifiers At Full Tilt Poker Room (25/07/2007)  European promotions at Full Tilt Poker (FTP) are driving thousands of new international players to the FTP website. These promotions feature tournaments that are held at European-friendly times, with a range of buy-ins to suit..

24. Current Promotions And FTOPS V Tournament At Full Tilt Poker Room (17/07/2007)  In May, FTOPS IV proved to be a gigantic success with nearly 18,000 players competing for more than $4 million in guaranteed prize money. In August, Full Tilt Poker (FTP) is upping the ante with FTOPS V, which will feature 14..

26. Full Tilt Poker Is Helping The Poker Players Alliance To Protect The Game (06/03/2007)  As an online poker player from USA, you probably know about the UIGEA, which was signed into law by President Bush late last year. This bill, which aims to make it illegal for people to transfer money to online gaming sites, has -..

33. 4 WSOP Bracelet Winner Allen Cunningham Joins Team Full Tilt (28/10/2006)  Congratulations to Allen "Clever Piggy" Cunningham, who has become the newest member of Team Full Tilt! A Full Tilt Poker pro for the past two years, Allen has been added to Team Full Tilt in recognition of his overall poker skill..

36. Event 14: No Limit Hold'em With Re-Buys. Allen Cunningham Wins Fourth WSOP Gold Bracelet, Second in Two Years (11/07/2006)  Official Results and Report from the 2006 World Series of Poker. Event 14: No-Limit Hold'em with Re-Buys. 2005 WSOP Champion: Maciek Gracz. The loudest poker personalities may get the fame, but the most skilled players get the..

38. Full Tilt Poker.Net Championship At Red Rock Casino - FTP Wants To Give You Something Now To Be Thankful For This November (03/07/2006)  The wedding of poker and TV has been mutually beneficial. Televised poker tournaments capture big audiences for networks, and the game's popularity seems to shoot up after each broadcast. Recently, after Full Tilt Poker.Net Pro..

41. 2006 WSOP Promotions At Full Tilt Poker - Race For Bracelets Qualifiers And More (22/06/2006)  After months of qualifying tournaments, hundreds of Tilters are beating a path to Las Vegas to take their seats at the world's richest poker event. Remember, it's not over yet, and hundreds more can still follow in their footsteps..